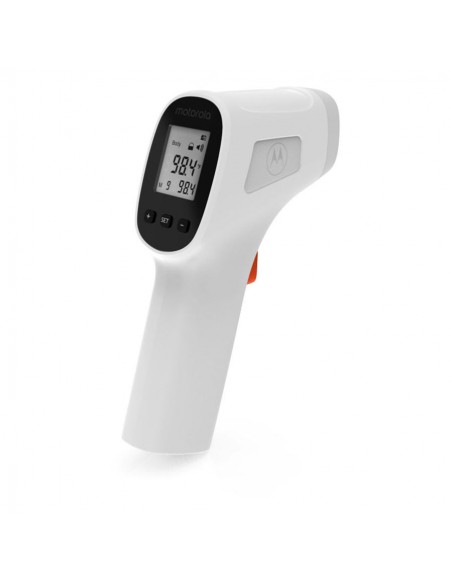 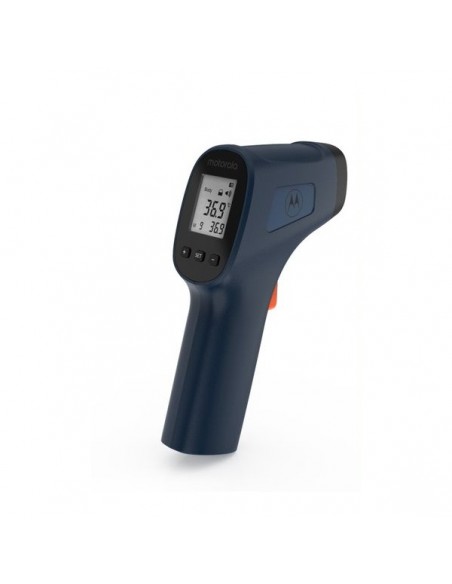 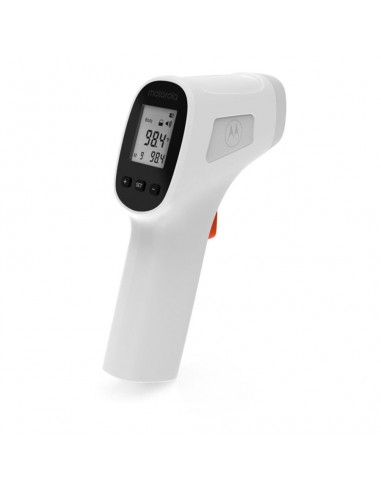 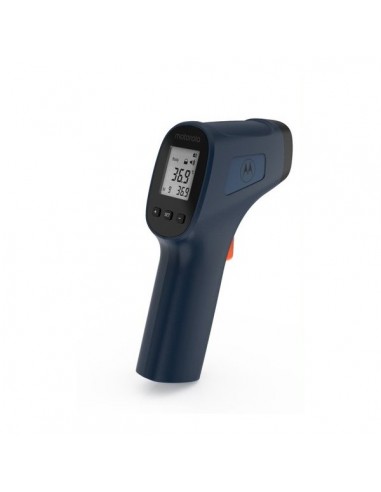 For safe and hygienic non-intrusive measurements

Switch how the temperature is recorded

Makes temperatures easy to read, even in the dark

Stores the 32 most recent readings for easy recall

The Motorola TE-93 Touchless Forehead Thermometer is quick and easy to use, providing an accurate, ultra hygenic and non-intrusive temperature
measurement every time

Point the thermometer at the forehead and press button

Motorola Mobility was formed on January 4, 2011, after a split of Motorola into two separate companies, with Motorola Mobility assuming the company's consumer-oriented product lines (including its mobile phone business, as well as its cable modems and pay television set-top boxes), while Motorola Solutions assuming the company's enterprise-oriented product lines.

In May 2012 Google acquired Motorola Mobility for US$12.5 billion; the main intent of the purchase was to gain Motorola's patent portfolio, in order to protect other Android vendors from litigation. Under Google, Motorola increased its focus on the entry-level smartphone market, and under the Google ATAP division, began development on Project Ara—a platform for modular smartphones with interchangeable components. Shortly after the purchase, Google sold Motorola Mobility's cable modem and set-top box business to Arris Group.

Google's ownership of the company was short-lived. In January 2014, Google announced that it would sell Motorola Mobility to Lenovo for $2.91 billion. The sale, which excluded ATAP and all but 2,000 of Motorola's patents, was completed on October 30, 2014. Lenovo disclosed an intent to use Motorola Mobility as a way to expand into the United States smartphone market. In August 2015, Lenovo's existing smartphone division was subsumed by Motorola Mobility.